STATEMENT ON THE 65TH INDEPENDENCE ANNIVERSARY 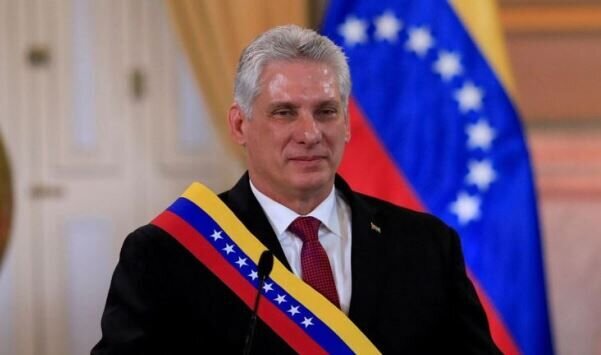 On the occasion of the 65th anniversary of Ghana’s independence, the Cuba Solidarity Campaign joins

freedom-loving people all over the world in extending salutations to the Government and people of Ghana.
The significance of Ghana’s independence extends beyond its national boundaries as it provided
the impetus for the acceleration of struggles for national liberation all over the world. It also
inspired the anti-racist movement in all corners of the globe and gave hope to all peoples
engaged in battles with imperialist domination and exploitation.

The Cuban Solidarity Campaign recalls the historic meeting between Osagyefo Dr. Kwame
Nkrumah, then Prime Minister of the newly independent Ghana and Commandante Fidel Castro,
leader of the triumphant Cuban revolution at the Hotel Terresa in New York in 1959. This meeting
set the tone for the establishment of diplomatic relations with Ghana and subsequently many
African countries.

Cuba has always shared the vision of Osagyefo Dr. Kwame Nkrumah for a united Africa free from
the shackles of oppression and exploitation. It is in the pursuit of this vision that Cuban
internationalist forces fought alongside the MPLA of Angola to consolidate the country’s
independence and create favourable conditions for the independence of Namibia and an end to
apartheid in South Africa.

The Cuban people and Government have continued to extend significant assistance to many
African countries in the fields of medicine, education, technological advancement and other
areas of development including sports. This task has been carried out on the basis of true
friendship and solidarity with only one aim; defeating underdevelopment in all its manifestations.
As the very first African country to establish diplomatic relations with Cuba, Ghana has always
had a very special place in the hearts of the Cuban people and Cuba continues to enjoy the
solidarity of the Government and people of Ghana.

Over the years, the Governments of Cuba and Ghana have worked on a malaria eradication
project which is to be revived in earnest. Many Cuban doctors working under the banner of the
Cuban Medical Brigade continue to serve in Ghana and Cuban teachers have also joined the
faculties of Ghanaian universities. Cuba has also proposed that the two countries jointly establish
an industry to produce COVID-19 vaccines developed by Cuban medical scientists.

There is a lot of scope for collaborations in the interest of the Government and Peoples of Cuba
and Ghana and as we celebrate the 65th anniversary of the independence of Ghana, the Cuba
Solidarity Campaign pledges to do its best to promote healthy relations between the two
countries for their mutual benefit May the bonds of friendship and solidarity between the peoples of Ghana and Cuba continue to
grow in the efforts of humankind and to nurture peace and prosperity for all.
Afehyia Pa!
Long live Ghana!
Long live Cuba!
Down to the oppressor!