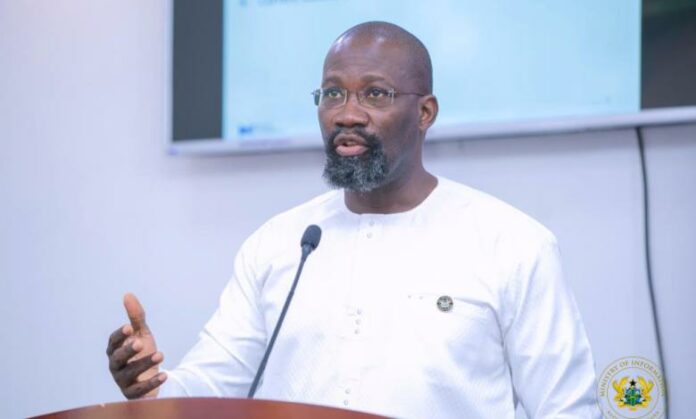 The Minority in Parliament is accusing the Bulk Oil and Storage Company Limited (BOST) of inflating the cost of the construction of the Twin Tower Complex.

According to Ranking Member on the Committee of Mines and Energy John Abdulai Jinapor, the initial cost of the project under the Mr Kwame Awuah Darko in 2015 was Thirty-Nine Million Dollars however, under this administration, the cost has shot up Seventy-Eight Million Dollars.

He went on to add that, a single unit hitherto would have cost Nineteen Million, Five Hundred Thousand Dollars in 2017 but this amount was inflated to Twenty-Four Million Dollars.

More shockingly according to the Minority, at the Public Procurement Authority (PPA), the approved cost of Twenty-Four Million Dollars by the Finance Ministry was ballooned by the PPA to Thirty-Nine Million Dollars without any reasonable justification, meaning that the cost of two units now stands at a colossal Seventy-Eight Million Dollars. The Minority Caucus therefore are raising red flags over the discrepancies and over inflation of the cost of this project adding that, owing to previous sagas like the PDS and Ameri deals, this could yet become another means of syphoning public funds.

They are therefore calling on BOST to come clean on this saga and ensure that in light of the recent economic hardships, the tax payer’s money is be put to judicious use.

The State-of-The-Art multi complex Twin Tower project was commenced under the leadership of then BOST Boss Mr Kwame Awuah Darko in 2015 to serve as an office complex as well as help drive up internal generated funds for the Company.

However, upon the assumption of office of the current administration, the project was taken over by the current hierarchy of BOST, thereby subjecting Mr Awuah Darko and the project to rigorous scrutiny by the Economic and Organized Crime Office (EOCO), accusing the erstwhile administration of inflating and padding the cost of the project.

The probe proved futile as Mr Awuah Darko was exonerated by the report of EOCO leading to the continuity of the construction of the project.